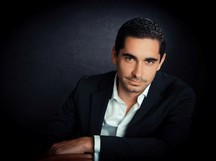 Within the three years right before the covid-crisis Aimery Lefèvre's career was substantially picking up speed: He made his debut with the Royal Opera House in London, was a regular guest - in no less than six opera productions - at the Théâtre du Capitole in Toulouse and appeared at the opera houses in Avignon, Dijon, Montpellier and Tours.

The cursed virus unfortunately interrupted this run brutally. Let us hope that this new season will take the previous drive up again. The season opens with a production of Prokofiev’s Love For Three Oranges at the Opéra national de Lorraine, where Aimery will be performing the role of Pantalon.