In spring of this year Léo Fernique caused a real sensation in Il Nerone, an adaptation of Monteverdi’s L’incoronazione di Poppea produced by the Opéra national de Paris at the Athénée Théâtre Louis-Jouvet. The production with the Ensemble Le Poème Harmonique conducted by Vincent Dumestre created a unanimous buzz with the press, as proved by the following excerpts:

“The true revelation of the evening is doubtlessly Léo Fernique as Arnalta who succeeds to be funny, however never sacrificing the beauty of his voice and deeply moving with the most subtle nuances”. (Bachtrack)

“Léo Fernique, a first-class Arnalta, is both extremely funny and vocally impressive, with a great sense for the rhythm of the text.” (Opéra online)

“Léo Fernique copes easily with the challenge which occurs if casting the role of Arnalta with a counter-tenor (instead of a tenor as usual). He even handles the tessitura of the role playfully, possessing an irresistible stage-presence too.” (Diapason)

Born in Paris Léo Fernique graduated from the Conservatoire National de Musique et de Danse de Lyon in 2020. He made his stage-debut already 2017 as Oberon in Britten’s A Midsummer Night’s Dream in Lyon. Afterwards he was Oreste in La Belle Hélène at the Dijon Opera. However he also managed to prove himself on concert-stage singing music from Scarlatti through Bach to Debussy and from  Haendel to Beethoven in performance with ensembles such as Les Musiciens du Louvre, Le Concert Spirituel, the Orchestre national de Lyon under the baton of Francesco Corti, Nicole Corti, Ben Glassberg, Hervé Niquet, a. o.

His schedule for 2022/23 includes a concert-tour (plus recording) with La Cappella Mediterranea and Leonardo Garcia Alarcon in a programme called „Amore Siciliano“ as well as the opera-production of Cesti’s L’Orontea (role of Corindo) at the Aachen Theatre. 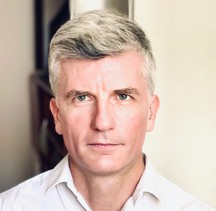