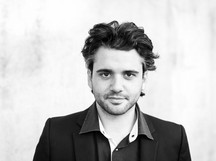 Following his debut at the Paris Opera (Mercure in Platée) and an inspiring summer full of concerts with his ensemble a nocte temporis, Reinoud Van Mechelen is entering the new season with his usual tempo, which means in a rush. Within a narrow temporal sequence his schedule includes a concert-tour with the Collegium Vocale Gent under Philippe Herreweghe (Monteverdi's Vespro della Beata Vergine), the title-role in Rameau’s Zoroastre in concert with Les Ambassadeurs - La Grande Ecurie and Alexis Kossenko in Compiègne and at the Théâtre des Champs-Elysées as well as the role of David in Marc-Antoine Charpentier's David et Jonathas with the Ensemble Marguerite Louise and Gaétan Jarry at the Opéra Royal de Versailles a. o.