In spite of the only few years on opera-stage yet, one needs to consider Maria Gulik undoubtedly as a real dramatic mezzo-soprano. Having made her debuts in major roles of this repertory in such early years already is an unimpeachable prove: Following her first Ulrica in Un Ballo in Maschera (at the West Green Opera, UK) and her role-debut as Azucena in Il Trovatore (Alden-Biesen, Belgium), she made her company and role-debut as Amneris in Aida with the Kiel Theater in 2019.

Before deciding to become an opera-singer, Maria Gulik was however a stage-actress. After having completed her bachelor at the „Academy of Theatre Arts” in Moscow in 2007, she was a member of the theatre-company „The Laboratory of Dmitry Krymov” until 2014, taking part in numerous productions which toured all over the world.

In 2012, she took part in the production of Midsummer Night’s Dream (As You Like It) for the Royal Shakespeare Company and the International Chekhov Festival in association with „The Laboratory of Dmitri Krymov”. This show was part of the First World Shakespeare Festival in Stratford-upon-Avon (UK) and it became awarded the Grand Prize at the Edinburgh International Festival. In the period between 2011-2014, she participated in the production In Paris, produced by the „Baryshnikov Arts Centre” in association with „The Laboratory of Dmitry Krymov” (with Mikhail Baryshnikov in the main role) including performances in Helsinki, Groningen, Spoleto, Paris, Tel Aviv as well as in the USA (Santa Monica, Berkeley, Spoleto, New York).

That time Maria Gulik decided to devote herself also to singing and she studied with Badri Maisuradze and Galina Vishnevskaya at the “Vishnevskaya Opera Centre” in Moscow. There she appeared in productions of The Tsar’s Bride (Lyubasha), Eugene Onegin (Olga/Filipyevna), Boris Godunov (Hostess), Rigoletto (Maddalena), The Rape of Lucretia (Lucretia), Sweeney Todd (Mrs. Lovett), Moscow Cheriomushky (Vava).

In 2015/16, Maria Gulik trained with Dennis O’Neill at the Wales International Academy of Voice in Cardiff, where she completed her master's degree as an opera singer. This led to her first performance of Verdi’s Requiem at the London Royal Festival Hall (English Philharmonia Orchestra and Chorus conducted by Graham Wili). She also attended postgraduate masterclasses by Mirella Freni, Dame Kiri Te Kanawa and Richard Bonynge.

Being a member of the ensemble of the Kiel Theater since 2020/21, Maria Gulik is presently performing there in productions such as Les Troyens (Anna and cover for Cassandra), Madama Butterfly (Suzuki), Otello (Emilia), Aida (Amneris) and Sollima’s The Jungle Book (Bagheera). During the summer 2022, she made, also in Kiel, her debut in the title-role of Carmen. 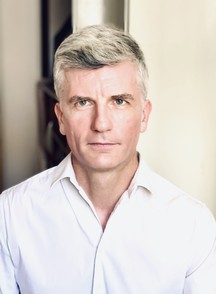